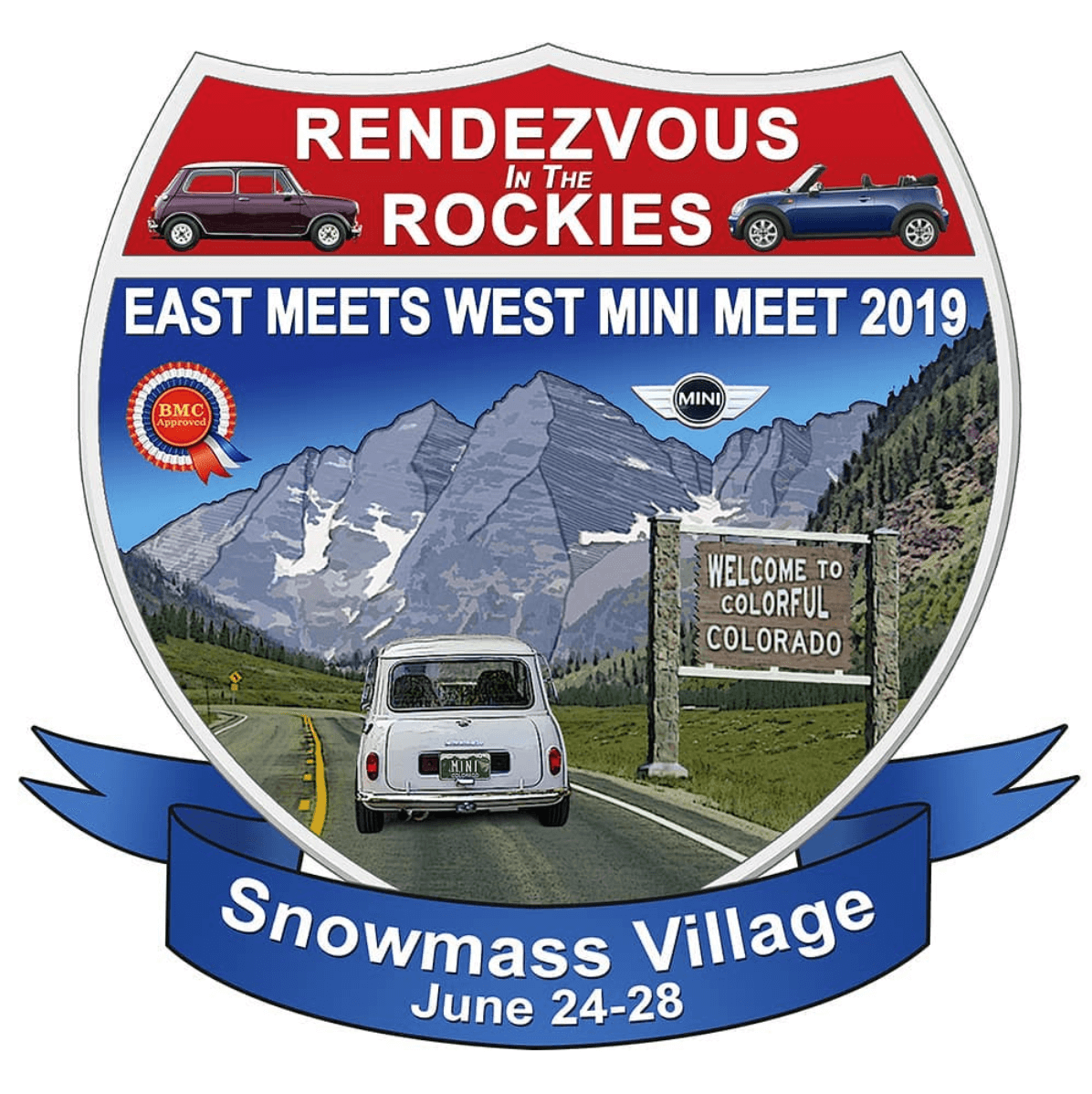 First a little history.  Years ago there were two Mini/MINI clubs in Minnesota.  One was the Minnesota Minis Pizza Eating and Psychiatric Self Help Association or MMPEAPSHA for short.  That club was for the original or classic Mini Coopers.  The second club was ‘Sota-MINIs and formed for the new MINI Cooper cars.

In 1973, a Mini gathering was held in Reno, Nevada and most every year since in the west.  Then in 1975 a Mini gathering was Reading, Pennsylvania and also most every year since in the east.  The events became known as Mini Meet West and Mini Meet East respectively. Then in 1984, there was a East Meets West event held in Denver, Colorado.  The East Meets West has been held every 5 years since.

In June 29 to July 2, 2009 the 6th Mini East Meet West was held in Winona, Minnesota. The year 2009 was important because it is the 50th anniversary of Mini.  MMPEAPSHA and ‘Sota-MINIs both hosted the event.  It was a great event with fun rides through the Bluff Country.  Many Mini and MINI Coopers attended the event.  Shortly after the event, MMPEAPSHA and ‘Sota-MINIs joined permanent forces and became the Minnesota United MINIs or M.U.M.

With the history lesson complete, it is now 10 years since the Winona event and it is time for another Mini East Meet West event.  The year 2019 is also important because it is the 60th anniversary of Mini! Minis of the Rockies proudly announces they are hosting East Meets West Mini Meet to be held June 24 – 28th, 2019 in Snowmass Village, Colorado.  If you have never been to a West, East or East meets West event they have a lot of activities, drives and interesting cars (new and old).  It is a fun Mini/MINI event.

For more details on this event, visit https://www.eastmeetswestminimeet2019.com.

This site uses Akismet to reduce spam. Learn how your comment data is processed.

We welcome contributions from any club members.  If you have a story to share, please use the form below to submit your entry.  It will be reviewed by staff and then added to the blog to share with our members.